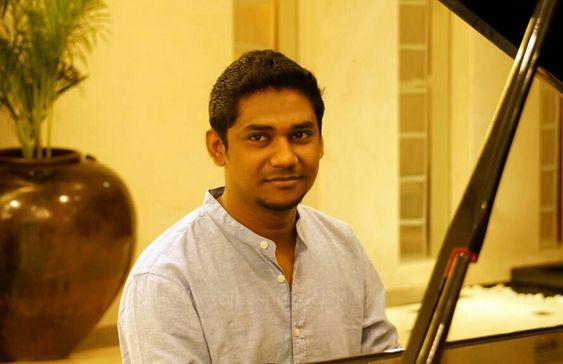 Talented music director C S Sam has come a long way from the days of his debut film “Puriyatha puthir”.He carved a name for himself in a very short span of time and that is all evident in the enormous response of “NOTA”.It is to be noted that “NOTA” a bilingual, starring the dynamic Vijay Devarkonda in the lead, directed by the promising Anand Shankar, and produced by K E Gnanavel Raja of Studio green has C S Sam on board as a music director and his music is said to have won many accolades across both the audience of Tamil and Telugu.

“This is a dream come true for me as I had been pondering over such a thing for years. Finally, I happy that my imaginations have become a reality through NOTA and all credit goes to producer K.E. Gnanavel Raja sir of Studio Green Films. Without his earnest gesture of giving me freedom, this would have not been possible. As soon as I expressed my idea about bringing in an orchestral grandeur, he instantly gave a nod without any second thoughts,” says Sam CS, who cannot stop raving about producer K.E. Gnanavel Raja.

Giving an in-depth about the orchestral magnum opus – The Rise of a Leader, Sam CS says, “The situational placement of this track demanded for an overpowering musical accompaniment. While discussing this with filmmaker Anand Shankar, we felt that something phenomenally huge will escalate the majestic aura and that’s when, I got an idea of making it emblazoned through Macedonian Symphonic Orchestra. More than 150 Live Players have been a part of NOTA Background score, especially for this song, which has involved mammoth instrumentals of Strings and Brass.”

With his responsibility of savouring the music buffs with a radically distinctive BGM increasing with every movie, Sam tots up saying, “NOTA will have a musical grandeur with Background Score. I am not giving a self-aggrandizing statement, but the sequences in the film are so powerful that it demanded me to push the bars furthermore and give an appropriate touch.”

Speaking about the lead actor Vijay Deverakonda, he says, “While the story and visual impact created an obliging force to offer more, the screen presence of Vijay Deverakonda obtrusively exacted me furthermore. Moreover, NOTA happens to be his first ever film that breaks his lover-boy image letting him spearhead with a close-to-reality role. Since, it happens to be a bilingual movie; I had to keep his enlarging his fan base and make sure I am catering to their tastes as well.” 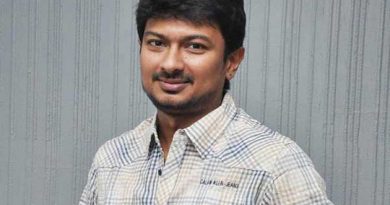 Udhayanidhi Stalin Teams Up With Mysskin For ‘Psycho’