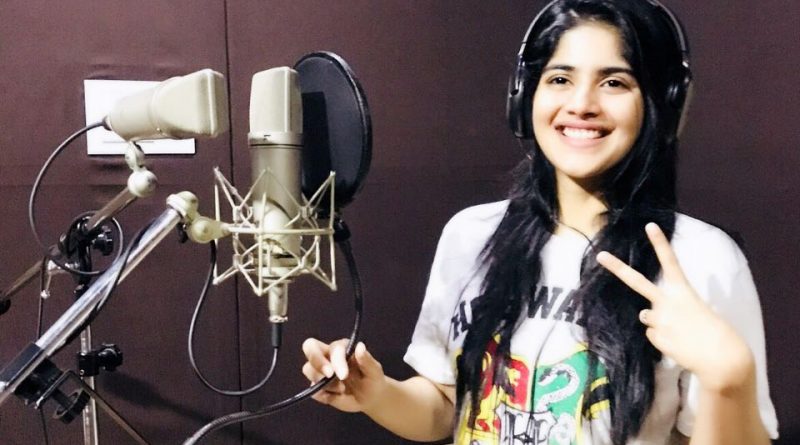 The aesthetically essence of a characterization becomes complete with its voice. In fact, it is the most salient element that nourishes the role and turns to be its soul indeed. When an actor accomplishes over this criteria, the roles they essay eventually becomes reality rather than an artificial reel-like representation. In precise manner, Megha Akash has got herself floating on cloud nine with her thriving attempt. It is all about her upcoming film ‘Boomerang’, where you’ll not just see her promising performance and enchanting screen presence, but get soaked in her voice.

Filmmaker Kannan has been someone, who prefers nothing less than ‘PERFECTION’, when it comes to crafting characters in the script. Moreover, he doesn’t want the characters remain incomplete by letting others dub for it, but insists that the actors get it done by themselves. It was so much evident in his debut film ‘Jayam Kondan’, where we got to see Bhavana dubbing in her own voice. In all likelihood, Megha Akash becomes the latest one to join this league.

Speaking about this, director Kannan says, “The reason behind insisting Megha Akash to do dub in her own voice is the actress herself. Such happens to be her remarkable performance in the role of girl to next door. She pulled off her role with such perfection, that we were amazed looking at the output. We didn’t want her potentials get faded with some other artist dubbing for her. Initially, Megha Akash was literally reluctant, but when she got it done, that was a strong flavour of astonishment that we were served with.”

Boomerang is directed and produced by Kannan for Masala Pix banner. Atharvaa Murali plays the lead role in this film, which has Induja in a pivotal role. Bollywood actor Upen Patel will be seen in the antagonist’s role while RJ Balaji will be offering us sumptuous laughter riot. Sathish who is up the popularity chart with his comedy plays an important role. Indhuja in my opinion the find if 2017 plays a role that can hold the audience spell bound.With the amalgamation of these abundant talents iam Sure “Boomerang” will hit the bulls eye” said Director R Kannan with pride. 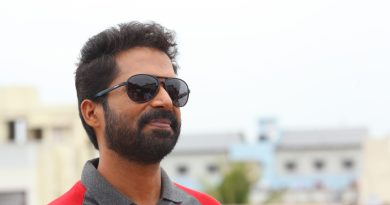 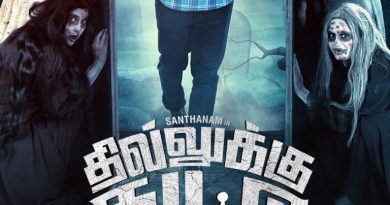