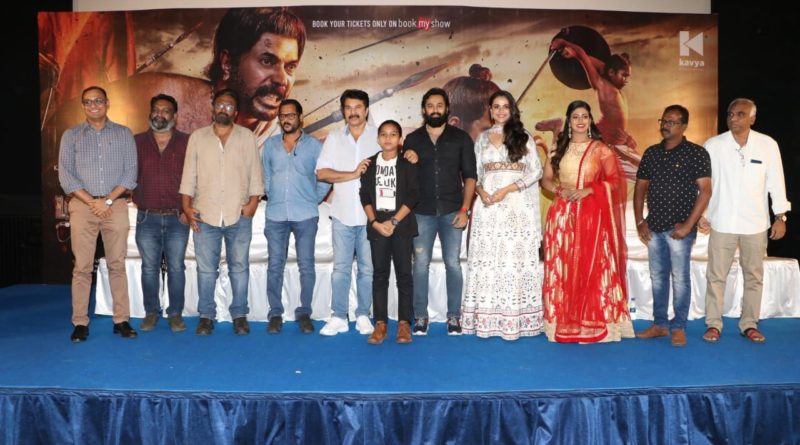 The epic tale of Megastar Mammootty starrer “Mamangam” is all set to emblazon the screens with its gigantic appeal from December 12, 2019. With the entire crew involved in the spree of promotions, Megastar Mammooty, Unni Mukundan, Iniya, Director Padmakumar and others from the team were present to interact with the media and press about the phenomenal experience of working together in Mamangam.

The event commenced with the screening of film’s visual promos, songs and special video on errecting the mammoth sets.

Vivek Ramadevan, Executive Producer, Kavya Film Company said, “Our producer Venu couldn’t make it for the occasion as he is busy with works pertaining to the film. We are really excited and at the same time little nervous as Mamangam happens to be the first ever costliest movie from Malayalam film industry, especially a multi-lingual film. The film is about a multicultural festival that started before centuries from now, which has record of just 800 years as of now. What started as a religious festival later became a trade fair as traders and craftsman from all over the world would come there. But sooner, the land got confined to war and supremacy. Mammootty sir will be playing a role with three different shades, which we are keeping it as a secret element.”

Director Ram, who has written dialogues for the Tamil version said, “Much alike Indravizha festival we came across in the book of Silapathigaaram, this one too is based on the festival that happens in Kerala from the ancient times. The land soon became a victim of war and it is about a wondering history of 3 warriors who come across the river to wage war against mammoth Herculeans. I wouldn’t say that it’s a Malayalam movie, but it’s an original Tamil film as Chera Kingdom was also a part of Tamil Nadu during the ancient times. When I was approached for the role of penning dialogues, I couldn’t say No. The entire process of working in Mamangam was a phenomenal experience.”

Director M Padmakumar said, “It’s a rare experience for all of us in the team as such movies at a big scale hasn’t been made so far in our Malayalam industry. I thank Mammootty sir for having me a part of this project. It’s because of Director Ram, the film’s Tamil version has shaped up very well.”

Shankar Ramakrishnan, who has written adapted screenplay said, “For a person like me, making a film like this is unbelievable. More than money that is essential for such movies to get materialized, there has to be a leader to get this done. Before centuries, where partition happened, it was like whole South Indian territory was a Dravidian terrain. If not for Mammootty sir, this entire project would have not been possible. It was his vision and ambitious drive that has made Mamangam a Pan-Indian project.”

Actress Prachi Tehlan said, “Last year, when I was doing a show for Star Plus, I got an offer to play an important role in Mamangam. I am really privileged to be a part of such a big project and my role is something that I can never forget . I thank Mammootty sir, Unni Mukundan, Director Padmakumar sir and everyone in the team. I request everyone to experience Mamangam on big screens on December 12, 2019.

RC Kamala Kannan, VFX Director said, “There are 2050 VFX shots in the film. While working in Baahubali, it was a different experience as there would be space for us to work on. However, Mamangam was entirely unique and unparalleled as the production team itself had worked so much physically on the sets. So it was more challenging to give a perfect touch. It is first time in my career as VFX artist, I was given to work based on Reel count. Many are comparing this film with Baahubali. I would like to make it clear that Baahubali is a fantasy film and Mamangam is a period film based on true history.”

Actress Iniya said, “I am extremely happy to be a part of film like Mamangam that narrates the history of Kerala. I got a big opportunity to unleash my potentials as a dancer, especially for the song Mookkuthi. Moreover, I am happy to be making my comeback to the Tamil industry through this film. The film’s panache especially with linguistic approach in blending Malayalam with Sanskrit that was present during the ancient times is one of the greatest highlights. This is my third movie with Mammootty sir. Unni and Achuthan have done remarkable action sequences.

Actor-Master Achuthan said, “I got selected through an audition that was held in Kallari. I thank Mammootty sir for giving precious advice all throughout the shooting. I request everyone to watch the film “Mamangam” in theatres.”

Actor Unni Mukundan said, “My first film’s audition happened in the same area and to be here meeting you all for the promotion of a big project like Mamangam gives me immense pleasure. The reason for me being a part of Mamangam is completely because of Mammootty sir. He has been a guide and mentor to me all throughout the career giving me advice. The film has lots of grandeur and has so much of history to revisit.”

Actor Mammootty said, “I feel it as a duty to bring history to audiences through films. Today, we are watching many films from different languages, what connects us together is the emotions that are conveyed. The film even in original version will have the linguistic connect with Tamil. Mamangam isn’t a revenge story, but it will delve into the philosophy, where there’s no point in seeking revenge and It is conveyed as a beautiful element in the end. In fact, it will have a contemporary prominence of what many are fighting for. Director Ram has been so much supportive in making this film as a Tamil movie.” 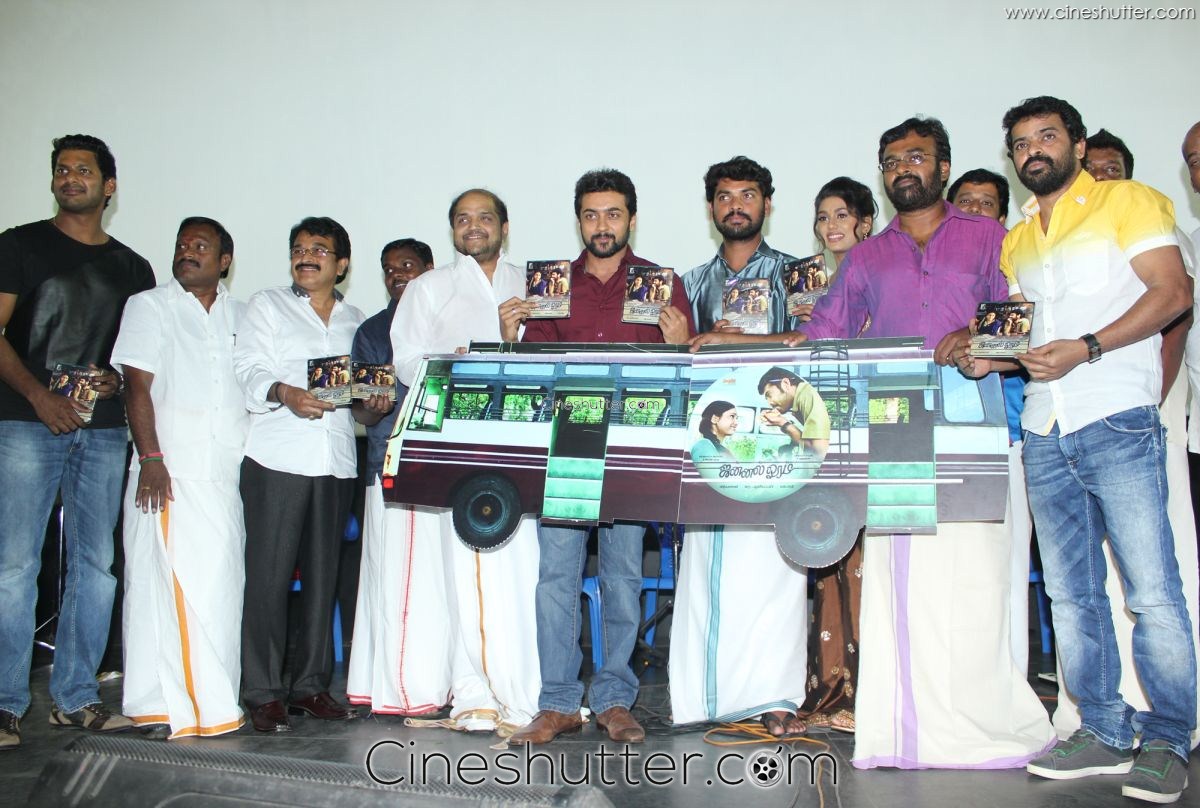 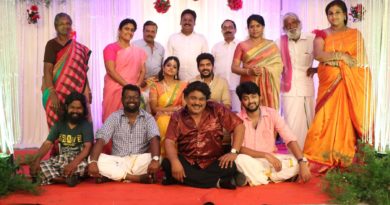