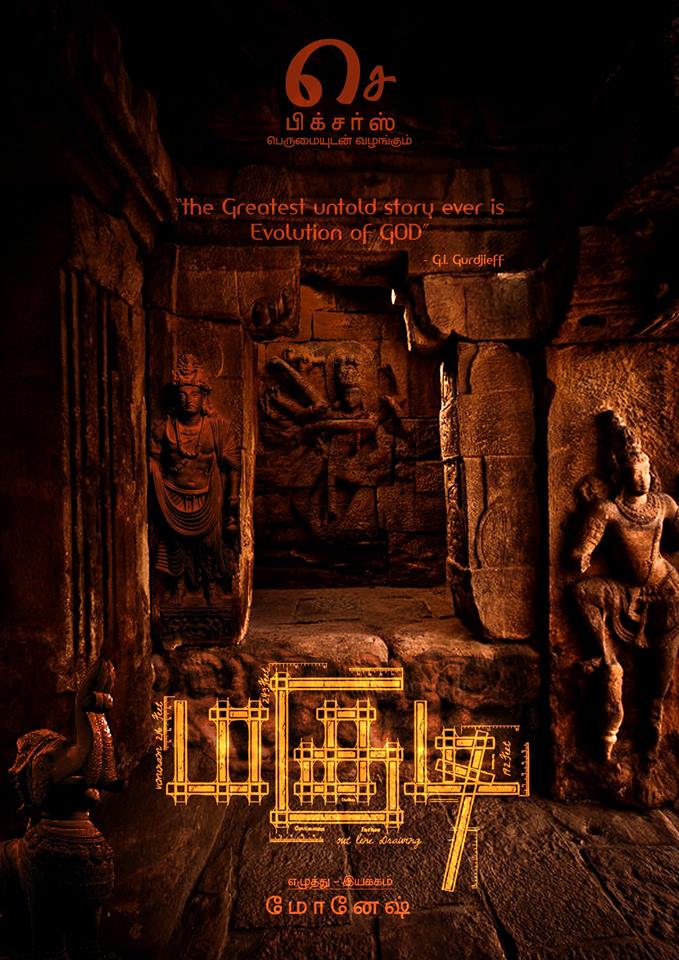 Magudi is the next venture by White Bird Pictures in association with S E Pictures, directed by Monesh Kumar of Nalladhor Veenai fame, which dealt with child abuse and now Monesh have chosen a controversial subject which is going to put a big question mark on everyone’s face. There is history behind every culture and language, Magudi here deals with “Tamil” along with it’s spiritual beliefs.

An Influential spiritual teacher of the early to mid-20th century Georges Ivanovitch Gurdjieff quoted “The greatest untold story ever is the evolution of GOD” which is also Magudi’s tagline. The film is going on floors tomorrow, best of luck Monesh and team.

The cast Includes Saberna,Saravana Vel and Dhiva Karthick. It’s directed by Monesh who is also handling the camera. Dialogues written by Thameem,editing by Sa Si, music is composed by Ezhil, Vfx by Tony Rajesh and the sound design is by Diluxshan.