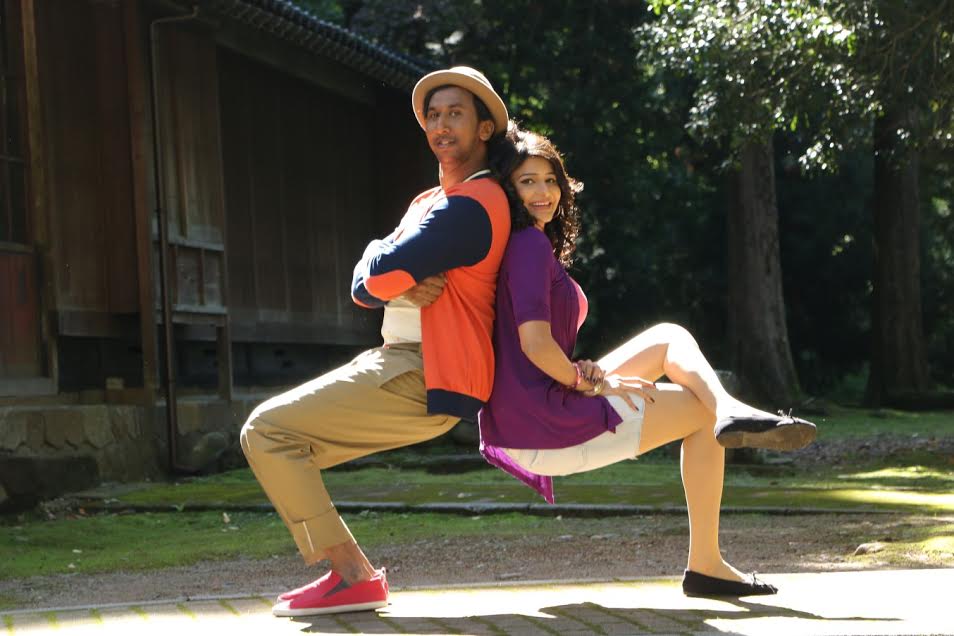 News
December 5, 2014 Kiran sa Jumbulingam in Japan- Jumbo 3D
Jumbo 3D, the movie produced by G Hari and Japan national K Okida for MSG Movies. The film is directed by the duo  Hari and Hareesh folowing the success of ‘Aaah’. The duo directing a 3D film for the second time with Sathish G looking after the Cinematography and 3D Stereography. The songs are composed by Srividhya and Venkat Prabhu Shankar scores the background for the movie.
The film is titled as Jumbo after the main character Jumbulingam’s nick name which is capped by mime actor Gokulnath. The Script revolves around debutant Baby Hamsika , Gokulnath, Suganya and Anjana the female lead with Japan as its background. Major part of the movie is shot in Japan. ‘Lollu sabha’ Jeeva, Erode Mahesh, Kumki Ashwin and Yog Jappee are few to name in the cast list.
‘Jumbo 3D ,  would be a family entertainer especially for children. Baby Hamsika plays a major role in the film. We have tried a mime- slapstick comedy throughout the movie in order to completely showcasing Gokulnath’s capablity. Suganya madam has done an important role and we are very grateful for her extensive support to the movie. Shot in most of the virgin locations of Japan , the film would be a Visual treat for the audience. It would definitely a colorful entertainer unlike the other earlier films of us. More than 100 Japanese actors and dancers have worked in the movie.  It was like doing a mime show at times when we face communication problem with them’ says the director duo.
G Hari one of the producers said, “This Jumbo 3D team fascinated us to produce this movie. Their swiftness and professionalism was so encouraging and made confidence for a First time movie producers like us. This film will be a milestone in Indo-Japan cultural relationship. The film is nearing completion. This film is made with care to ensuring sure watch for family audience. we are planned to release the film simultaneously in Japan”
K Okida , a Japan National and one of the producers said ,” Am very much happy to be a part of this movie which is going to show the real cultural heritage of japan to the people of Tamil Nadu. It is always Tamil movies are considered as Indian Movies in our country. Jumbo 3D will definitely get a huge response in Japan after Rajinikanth sir movies. The government of Thoyoma in Japan have given us permission to places where there was no public access. The Indo- Japan cultural relatioship have been showed extraordinary. Gokul and Anjana going to grab all the japanese audience.
‘ The film will attract the audience with eye-catching visuals. This would be a virtual tour for Japan in 3D. Shot with so colorful elements in 3D was very much different from dark shaded Ambuli 3D our earlier film’ says Sathish G, the Cinematographer.
Female music director Srividhya said ” Three songs of the movie came out really well. Singer Harish Ragavendra have turned as lyricist with penning a female solo song going to be a ear soothing melody ”. ‘ Venkat has done a stupendous job with the back ground music’ she added
‘ This film is an out and out family entertainer and a fun filled movie for children. I was made to perform some sophisticated movements in live without rope or CG. The roll in the film is as original as I am in real life. The movie has been a showcase all the skills that I have nurtured over years. This movie will again prove me as a performer apart from my shows’ says the multi talented performer and the male lead Gopinath.
Debutant Baby Hamsika said, “The experience of facing the camera for the first time was so afraid. later it was so comfortable with Gokul uncle and director uncles encouragement. Dancing bharatanatyam with Suganya Madam was unforgettable. Me and friends are waiting for the film’s release”
‘ Am very much happy about working with the team and it was feel at home even shooting in the extreme weather conditions like in the Ice covered mountains. This film would draw the attention of the children for sure’says the four film old female lead Anjana.
‘Acting in a film almost after three years that too with a happening team is so enjoyable. I have done a stage performer role in this movie which would surely entertain the audience’ said Lollusabha Jeeva.
Erode Mahesh said,  ‘It would be like a roller coaster ride comedy entertainer. This is a new experience for me to act with Japanese actors’, on describing his experience in the film. 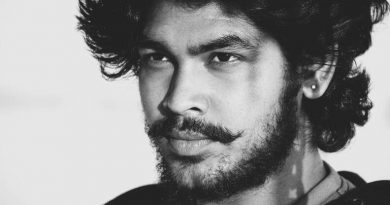 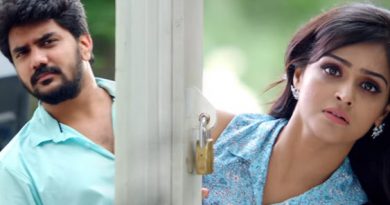