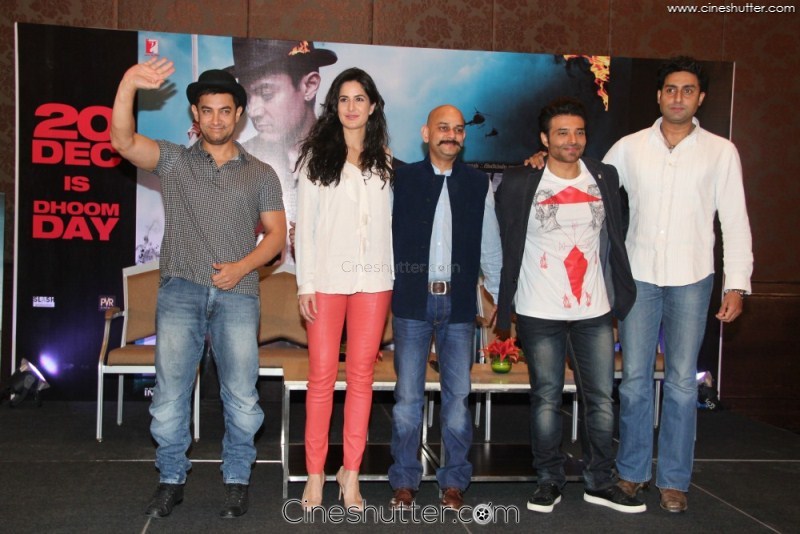 It is said by the makers of the DHOOM 3 that 20th December is “DHOOM DAY“, which arrived in town 3 days earlier in the form of Press Meet, the lead cast Aamir Khan,Katrina Kaif,Abhishek Bachchan,Uday Chopra and The Director Vijay Krishna Acharya graced us with their presence at ITC Grand Chola Chennai.The entire cast was very humble and co-operative in answering as many questions shot by the media regarding the movie and subjects other than that.

Aamir Khan was asked many questions by the entire media, whether it’s the character played in the movie as clown thief or it’s about him acting in Tamil Cinema, to which he humbly replied he can’t fit in to a tamil movie as he does not know the language, and it would not do justice to his work, but Aamir has great respect for the Kollywood filmmakers especially for Mr. K.Balachander who is his favorite. Aamir is eager to act in Tamil movies but is not ready yet.He feels as a new comer to Tamil cinema at the moment, as Dhoom 3 is being dubbed in Tamil to reach out for wider audience.

Katrina Kaif was very gracious and delightful. When asked will she be seen in Tamil movies, to which she said no offers has been made to her, she has done couple of Telugu movies and a Malayalam movie, which makes her no stranger down south. She expressed that her role in Dhoom 3 as Aliyah was “much” “much” “much” tougher than Zoya in “Ek Tha Tiger” as she had to undergo extensive acrobatic training, you can see her performance in the song “Malang” and “Kamli” , the lead pair are part of a circus in the movie, they had to put in extra effort. When asked Dhoom 3 is all bout action or there is love and romance, to which Katrina said “Love is essential, and it will be there regardless of action, and will be seen on screen 20th December.

Uday Chopra had hardly anything to say, but did give us some insight on upcoming projects from Yash Raj Films, as they are venturing in to south Indian cinema, and their maiden project will be “Aaha Kalyanam”an upcoming Tamil and Telugu bilingual romantic comedy film directed by debutante Gokul and produced by Aditya Chopra’s Yash Raj Films,which is remake of Maneesh Sharma’s successful 2010 Hindi film, Band Baaja Baaraat, the film features Nani and Vaani Kapoor in the lead roles. At the same time when asked when he will be seen in south acting, he surprised everyone that he is quitting acting soon, so will do it if being offered by then.

Abhishek Bachchan who has worked with South Indian directors cant stop praising them, and he is more than eager to act in a Tamil film. He would love to do a film with Vikram if possible. Abhishek is reprising his role as Jai Dixit in this sequel.

Vijay Krishna Acharya a.k.a “Victor” the director of Dhoom 3 and the writer for the previous 2 Dhoom movies, when asked will there be a sequel to Dhoom 3, was told that no plans for a sequel yet. According to him, the lead actor should be chosen after the script is written rather than doing the reverse. He is all excited about the movie, as it has speculated a lot of expectations due to the success of previous movies. It has been shot extensively in Chicago for whole 3 months and is the first Indian cinema to be released in the IMAX format. He has his fingers crossed to see the response from the audience after watching the movie.

It was a star studded evening in Chennai with the entire cast of Dhoom 3, which is being released on 20th December, catch it on big screen to experience the DHOOM. 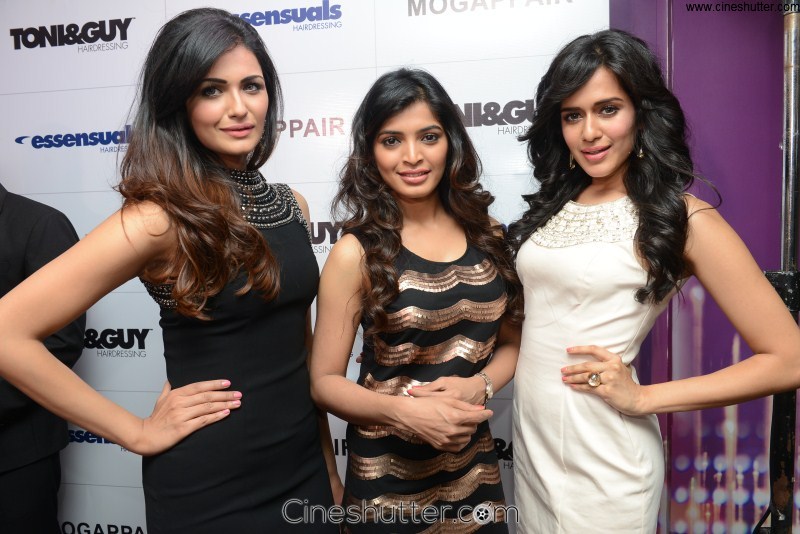 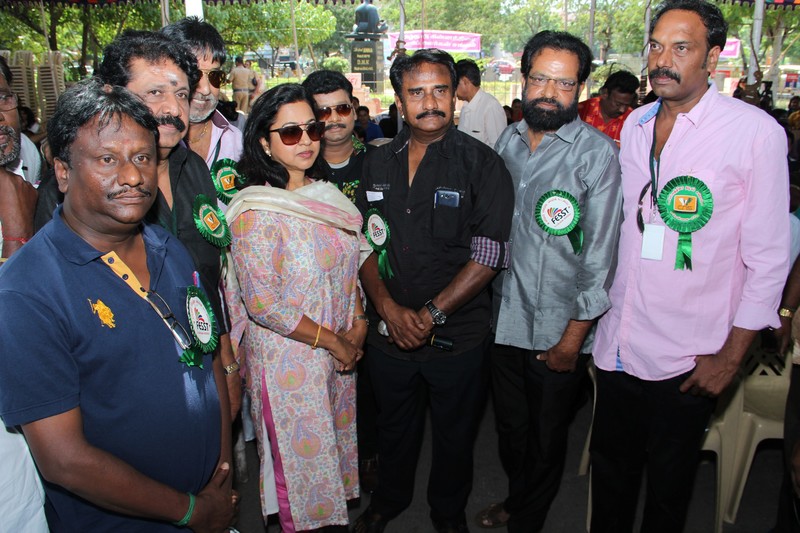